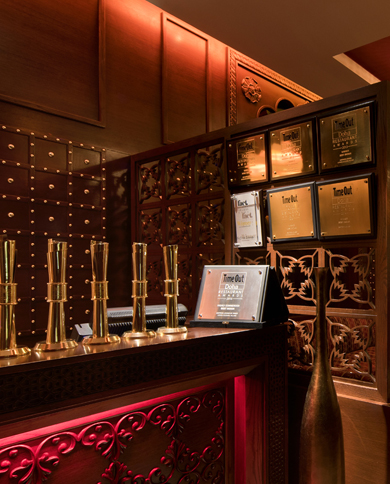 We're delighted and honoured to announce that Saffron Lounge has won "Time Out Doha Award, 2017". The Time Out Awards, as they're known, recognize the Highly Commended Indian restaurant in Doha.
Read More

Time Out's annual celebration of the best restaurants in Doha is upon us.
Read More

Saffron Lounge has once again proved its excellence by bagging the Trip Advisor ‘Certificate of Excellence’ 2015.
Read More

With a legacy of hat-tricks in winning the best indian restaurant award since 2011, this prestigious brand has proved its worth yet again this year...
Read More

Saffron Lounge is proud to share the award received from Trip Advisor with a Certificate of Excellence for 2013.
Read More

Once again, Saffron Longue has been awarded with the prestigious 2012 Time Out Doha Award.
Read More